Legendary actor Mickey Rooney, 93, died today (4/6). Did you know he was born Ninian Joseph Yule Jr?  Mickey Rooney certainly is easier to remember. Best known for everything from musicals with Judy Garland to films like "Men of Boys Town," "Black Stallion" and many others. Listing the plethora of films he was involved with would take a long time. After all, he started in the biz as a toddler, making his first film appearance in 1926. And he acted until the end. A new generation saw him in films like "Night At The Museum." He even has three films in pre-production ... no word on what will happen now with those productions. 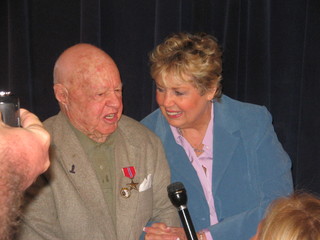 (Mickey with his then wife on April 11, 2008 at screening of "Black Stallion" in Boca Raton as part of Palm Beach International Film Festival. Photos & video by Rachel Galvin). 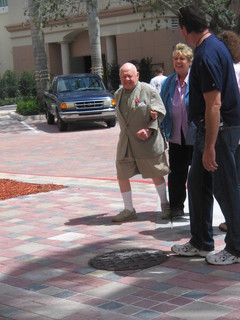