"Killing of a Japanese Booking" premiered 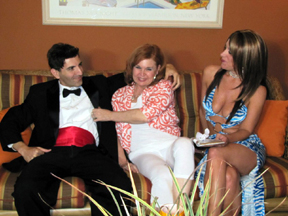 This production was cast by Marty Marrero and co-directed by Howard Krowitz and Gabriella Anna Krousaniotakis and starred over 50 local actors.