Robert Redford in Miami for "The Way of the Rain," March 11 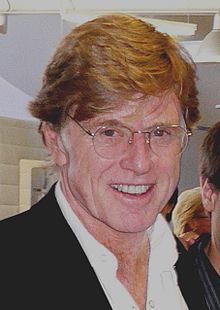 On Tuesday, March 11 at 8 p.m. at the National YoungArts Foundation Campus (2100 Biscayne Blvd., Miami, FL 33137), the National YoungArts Foundation will present the world premiere of “The Way of the Rain Miami” – a collaborative performance art piece by an all-star creative team featuring a special guest appearance by Robert Redford. Directed by Sibylle Szaggars Redford, this unique multidisciplinary show pays homage to Earth and its universal elements through the exploration of light, sound, color and texture. The concept for this one night only event was inspired during Redford’s more than 20 years as an environmental activist and visual artist.

The choreography of another famed YoungArts alumnus, Desmond Richardson, hailed by “The New York Times” as “one of the great dancers of his time,” will be performed amongst stunning 14-foot painted silks by Redford. Lighting by renowned designer Steve Cohen (also designer for Billy Joel, Elton John, Andrea Bocelli, Mariah Carey, Fleetwood Mac and others) and sound by legendary sound engineer Ron Saint Germain (winner of 12 Grammys and 60 gold and platinum albums, who has engineered such legends as Jimi Hendrix, The Rolling Stones, UT, Michael Jackson).   There also will be a short film presentation by F. Thomas McBee III, acclaimed video artist, as well as a special performance reading by Academy Award winner and YoungArts Master Teacher, Robert Redford.