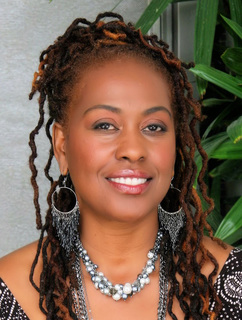 Yvonne McCormack-Lyons is the Founder and President of the award-winning Women's International Film & Arts Festival (WIFF) (to be held March 26-30), which began in 2006. Through the success of the fest, she was invited to develop a women's film component for the 48th Cartagena, Columbia Film Festival and present a women' film program for the Liverpool ’08 European Capital of Culture Celebrations in England. In October 2013, the city of Medellin, Colombia hosted South America's first installment of WIFF. In addition, she launched FilmFestDiva.com, a blog revolved around women in film and media, and is host on Reel Moments in partnership with PBS and UVUvideo.org. She has been honored as 2012 Iconic Woman of the Year Award from Miami Women In The Arts, The 2012 Florida Entertainment and Recording Committee and the Pearl Award from Girl Power Crusade for Literacy. She serves as a Board Member of the Miami-Dade County Film & Entertainment Advisory Board, The Broward County Cultural Executives Committee, The University of Miami Norton Herrick Center for Motion Picture Studies, BeeBop Theater Collective (New York) and has recently been inducted as a Board Member of UN Women (United States National Committee).

This year's WIFF will feature more than 50 films from 20 countries and kicks off with “Green Card Warriors,” starring Vivica A. Fox, Manny Perez and others. For more info., visit www.womensfilmfest.com.